Papua New Guinea’s Prime Minister, Peter O'Neill, says he will do everything possible to protect his people and his country from irregular land dealings.

The comments come in response to the scandal surrounding the issuing Special Agricultural and Business Leases (SABLs).

“We have made some fundamental mistakes over the past few years,” O'Neill told ABC Radio Australia.

“One of them is the Special Agricultural and Business Leases that has been given out by government over the past few years.”

Speaking on Radio Australia's Background Briefing program Mr O'Neill said the government had made "some fundamental mistakes over the past few years". 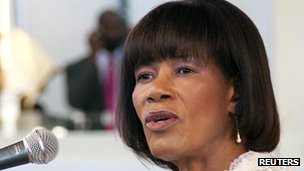 Jamaica's new Prime Minister, Portia Simpson Miller, has said she intends to make the island a republic, removing Queen Elizabeth as the head of state.

Serious concerns have been expressed about the ‘modus operandi’ of the Pacific International Hospital in Port Moresby.

Public anger was raised against the private hospital after yet another avoidable death caused allegedly by the hospital’s uncompromising policy of “cash before treatment”.

Diabetes, obesity and heart disease rates are soaring in developing countries, as multinationals find new ways of selling processed food to the poor

We are all Occupiers

Forty-two years ago, in March 1968, Bobby Kennedy explained to Americans why they were wrong to judge progress through the prism of the US's gross domestic product, which made them slaves to consumption and the accumulation of material things.

Exactly the same arguments apply equally well today in Papua New Guinea where we are constantly been told to judge the quality of our lives and our development progress through the prism of 'economic growth'. But economic growth does not reflect either what is really important or the daily reality of life in PNG for ordinary people.

To avoid negative public perception that Prime Minister O’Neill’s anti-corruption drive as only a smokescreen to lull the nation into a sense of false security while the treasury is plundered unhindered and unnoticed with only 10 months remaining before the next general election, the Prime Minister must take swift action where it matters most.

The National newspaper, owned by Malaysian logging giant Rimbunan Hijau, and partisan supporter of the Ramu nickel mine and foreign owned resource operations in general, has taken a swipe at the SABL land grab Commission of Inquiry and just about everything else the government is trying to do to protect the interests of ordinary Papua New Guinean's. When your read your daily newspaper it is good to remember whose interests it is representing and protecting....