The stormy events at the Pacific Marine Industrial Zone forum last Friday have received plenty of media attention, but one question remains unanswered: what has happened to the K25 million of public money allocated in the 2007 national budget for PMIZ preparatory works?

This question was put directly and publicly to government Ministers Gabriel Kapris and Arnold Amet, by Sumkar MP Ken Fairweather on Friday.

Landowners from Madang have secured a significant and important victory in their opposition to the Pacific Marine Industrial Zone which is being built on their land by the government with money borrowed from China.

The opposition has sought the Supreme court's interpretation on the number of sitting days after the speaker gagged the Parliament. About 1 year ago I wrote that the opposition's attempt to take this matter to Supreme court was a waste of time and money as Somare has outsmarted and outwitted Mekere and his opposition team. Up to now, there is no mention of this in the mainstream media, infact, this matter is given the hugest hiding.

Lands and Physical Planning Minister, Lucas Dekena, has confirmed the government has handed out 99-year leases covering more than than 5 million hectares of customary land and revealed that the government intends to double the number of leases so they cover 20% of Papua New Guinea's land mass.

The Minister has rejected the widespread criticism of the Special Agriculture Business Leases (SABL) and said the state had no choice as it wanted to free up land for development because more than 95% of the land was owned by the customary landowners.

A new poster that warns of the dangers of Papua New Guinea's land grab has been published. A pdf version can be downloaded below for printing and display. 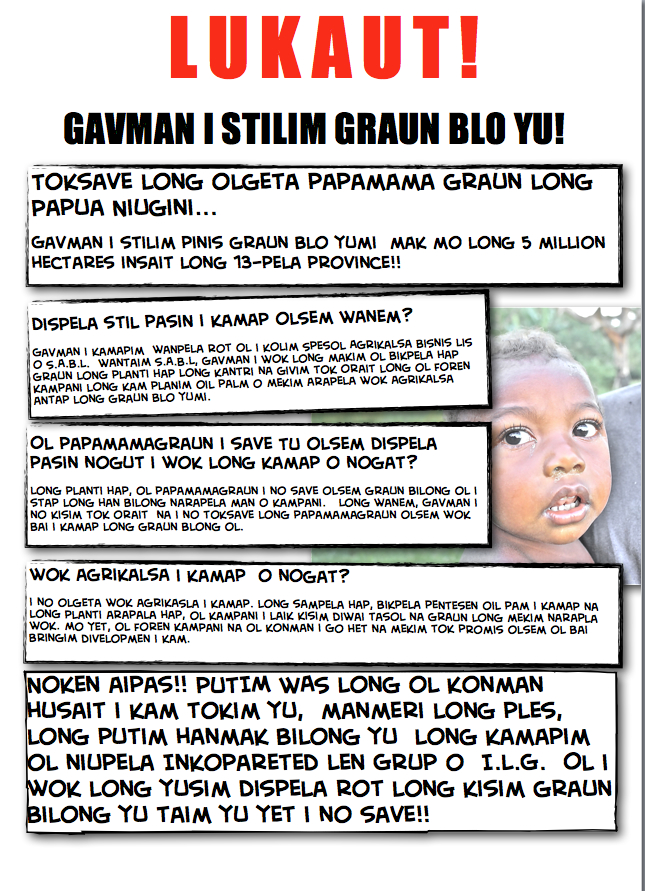 Papua New Guinea Customs Commissioner, Gary Juffa, has spoken out against more tax concessions for foreign companies, saying he would not mind if such concessions were given to PNG companies but these concessions are going to giant off shore contractors who are merely seeking to hike up their profit margins so their executives can enjoy lucrative bonuses at the expense of the people of PNG.

The Central Bank governor has warned the government that its opaque management of trust funds could seriously undermine Papua New Guinea's economic future.

In his latest bi-annual statement [attached below] the governor, Loi Bakani, says the government has already reneged on a promise to open all new trust accounts at the Central Bank, and K103 million from the K592 million announced in the 2010 Supplementary Budget has not been deposited with the Bank.

A new report details the role of the International Finance Corporation, a branch of the World Bank, in promoting the growing global trend of large-scale land investments in developing countries by wealthier, food-insecure nations and private investors. 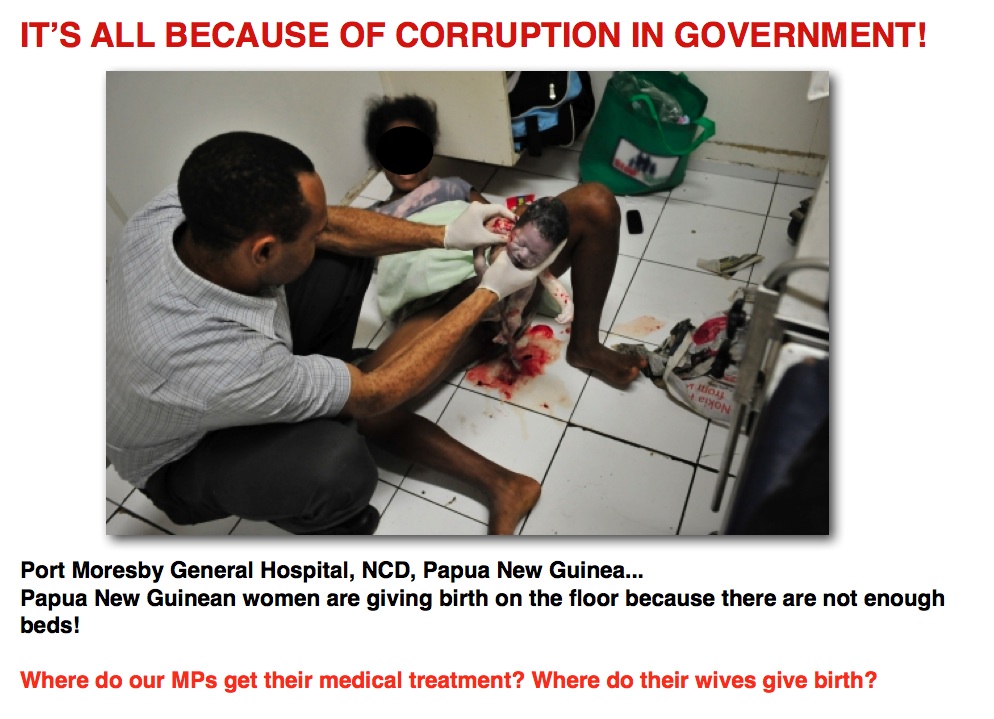 Papua New Guinean women are giving birth on the floor because there aren't enough beds. We have the means to take care of our people. We have the resources to make life better for women giving birth. Why aren't we doing it?