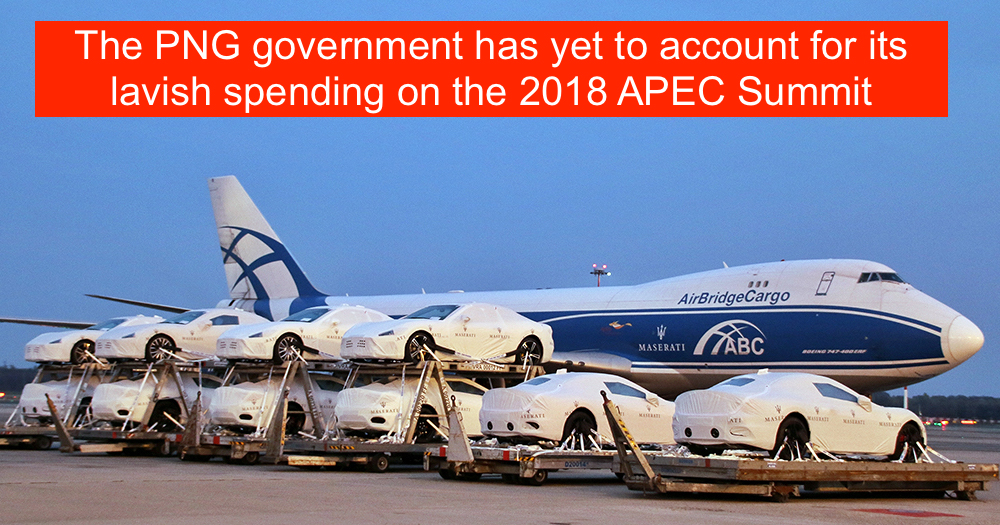 ACT NOW is calling on the government to immediately publish the Auditor General’s report on spending for the 2018 APEC Summit.

The government has repeatedly promised that the APEC Audit report will be made public but it is now almost three-years since the Summit and we are still waiting.

According to the Auditor General, his report was given to the Speaker of Parliament in April, but has yet to be presented to MPs.

With Parliament resuming this week, ACT NOW is calling on the Speaker to immediately table the Audit report so the findings are made public.

It is totally unacceptable that the public have been waiting three-years to find out how much money was spent, where it was spent and whether proper processes were followed.

In August 2020, Prime Minister James Marape promised the audit report would be published before the government tabled its annual budget in November that year.

Yet, it is now 12 months later and the public are still waiting.

The government of Peter O’Neill was fiercely criticised for its lavish spending on the 2018 APEC Leaders Summit, which included the purchase of forty Maserati sports cars at a cost of over K20 million.

There were also wildly conflicting reports about the total amount of money spent by the government on the Summit, which was promised to herald a new wave of inward investment in PNG that has never materialised.

While O’Neil claimed the cost would be K800 million, estimates from the International Monetary Fund put the real amount at K3 billion. There were also many reports of money being misspent and misused.

The tsunami of corruption that is drowning our nation can only be addressed through greater transparency and public accountability.

Yet the government has repeatedly broken its promises to publish audit reports and to hold people accountability for corruption and mismanagement.

ACT NOW is also reminding the government that it is yet to publish an audit report on its COVID-19 response spending.

This is despite a promise from Prime Minister James Marape, made in May 2020, that audit reports on the funding of COVID-19 operations would be made public.