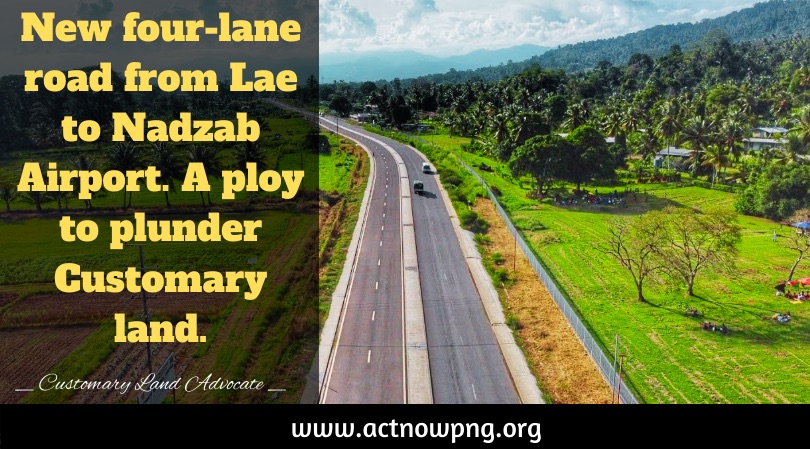 A much-publicized four-lane road is being constructed by a Chinese company while customary landowners are not aware of what is going on. It is a perverted ploy by the State through its agencies and certain individuals to bring what seems to be a glamorous mode of development to Morobe Province at the expense of people’s customary land.

Two pieces of legislation on customary lands were passed in 2009 and enacted in 2012. These were the Customary Land Group Incorporation Act 2009 and Customary Land Registration Act 2009. These two pieces of legislation supersede all other relevant laws that existed prior to their existence and anything to do with customary land in this country are now subservient to these two laws.

The four-lanes will take up 20m of customary land on both sides of the road. And for every one kilometer of road constructed, customary landowners may lose 4 hectares of their land. Customary lands now taken up for the development of the four-lane will not revert to its owners for eternity. This is land theft carried out in a subtle way, and it must be investigated by appropriate authorities.