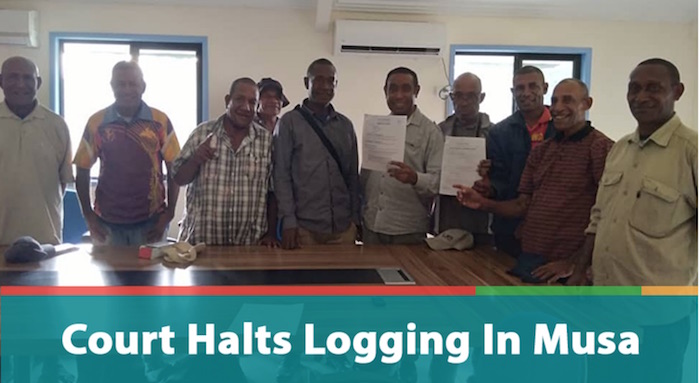 The Popondetta District Court has issued court orders on companies operating in the Musa Foru area, from carrying out any logging activity.

Governor for Oro Gary Ju a has applauded the move, saying Musa Century Limited and Musa Valley Management have been prevented from logging activities including the shipment of logs from the area for a period of 90 days, until issues pertaining to the concerns of the landowners are addressed.

“We have forested areas that require our protection as these are major assets of the people of Oro and indeed Papua New Guinea. Their true worth is in their retention and sustainable management and use of the surrounding land. The rape and plunder exercises of loggers to simply clear fell all forests and leave nothing but barren land should never be entertained. I have written and had numerous meetings with relevant entities to no avail. We will take very firm action via whatever avenues are available to us since these entities seem to have been gagged and are silent and apathetic to our concerns. One wonders who knows they work for,” said Governor Juffa.

He has insisted that the all current logging operations in Oro are illegal by virtue of the fact that the companies have circumvented processes and procedures in obtaining permits and licenses for entering the areas with land owner partners to log virgin rainforests for agriculture activities.

“In the instance of Collingwood in Wanigela, the company is using a permit which it acquired illegally given that the Provincial Forest Management Committee had never deliberated on the matter. Minutes of the purported meeting containing signature of the Provincial Administrator Trevor Magei were forged by persons known. A complaint by the Administrator to the Oro Police has resulted in the arrest of one PNG Forest Authority Officer by Popondetta Fraud Squad and investigations continue,” said the Governor.